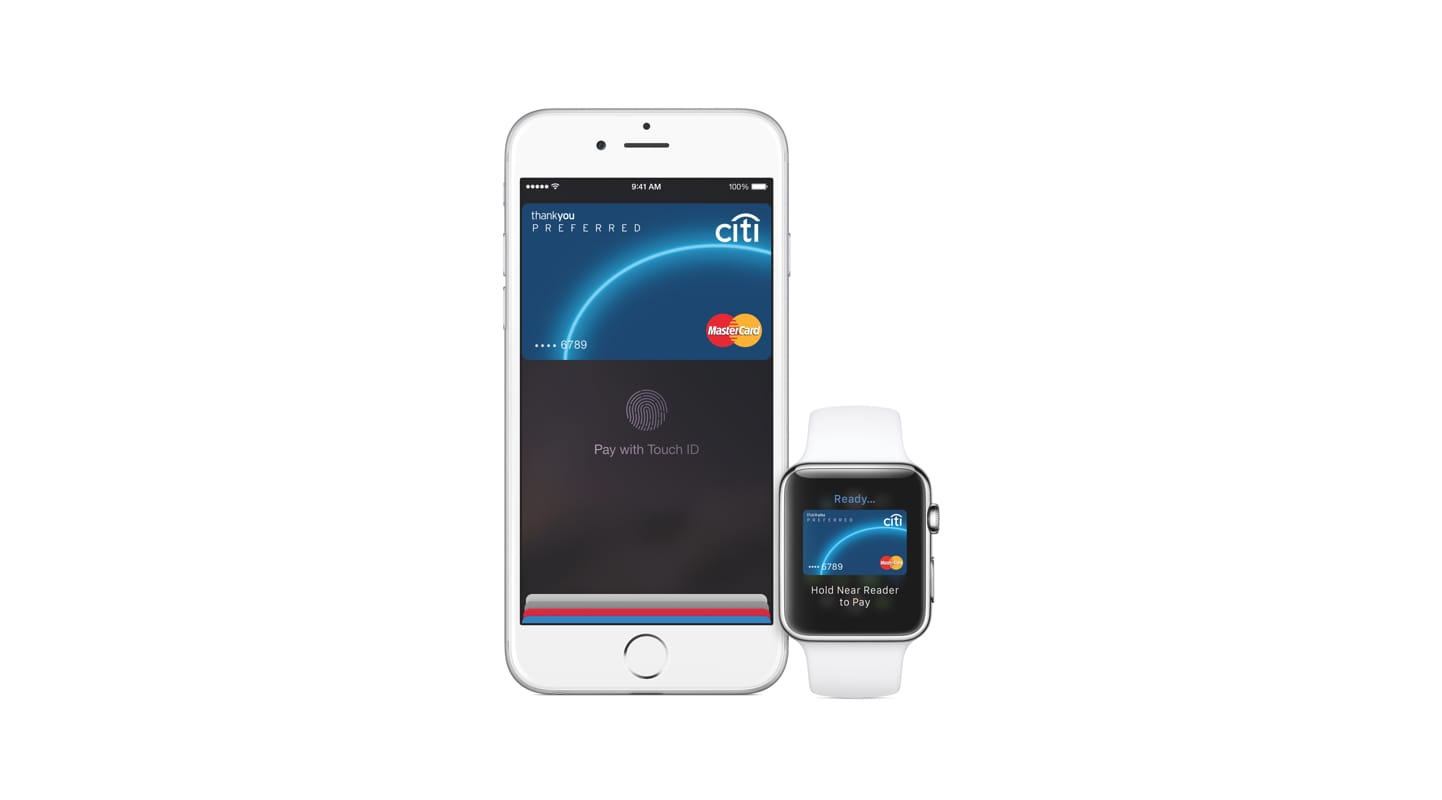 We are fairly lucky in Canada with Apple product launch dates. We normally get the shiny new Apple products at the same time as our American friends. However, we weren’t lucky when it came to Apple Pay. The service was first launched in the U.S. on October 20, 2014, and later made available in the U.K. on July 14, 2015. It’s only been available in Canada since November 17th. Eleven months after our stars and stripes neighbours. The service was also made available in Australia on November 19th. Apple has just announced that Pay will be introduced in China earlier next year.

Ironically, the Canadian payment infrastructure has been better suited compared to the current infrastructure in the U.S. We’ve had chip and pin credit cards and contact-less payments for several years now. In fact, it’s been reported by many Americans travelling to the Canada that Pay was already working up here in the great north. Which confirms that you only need your credit card bank to authorize the use of Pay, as the terminals are already compatible in Canada.

The service is currently only available with American Express credit cards, hopefully other major credit cards and Canadian banks will follow. Amex isn’t the most accepted credit card in Canada so the addition of Visa and MasterCard will be greatly appreciated. The list of stores that accept Pay on the Apple Canada website is very incomplete. General rule of thumb, if the merchant accepts American Express and contactless payment, they accept Pay. Often times Amex will not be listed as a contactless partner on the payment terminal but it still works.

How it works - Security

When making a purchase, the name on the card and the credit card number are never exchanged. A Device Account Number and a transaction-specific dynamic security code will be provided in order to complete the purchase. On the phone, Touch ID or a pass code is required to make a purchase. On the Watch, once you put it on in the morning and unlock it, double press on the button and that’s all you need to do to pay. If the watch is removed from your wrist, it automatically locks and needs unlocking to use Pay before the next transaction. When comparing the iPhone and the watch Pay, I prefer using the watch, a simple double tap of the button and you are ready for the purchase compared to the phone that uses Touch ID which can be hit or miss for certain people. 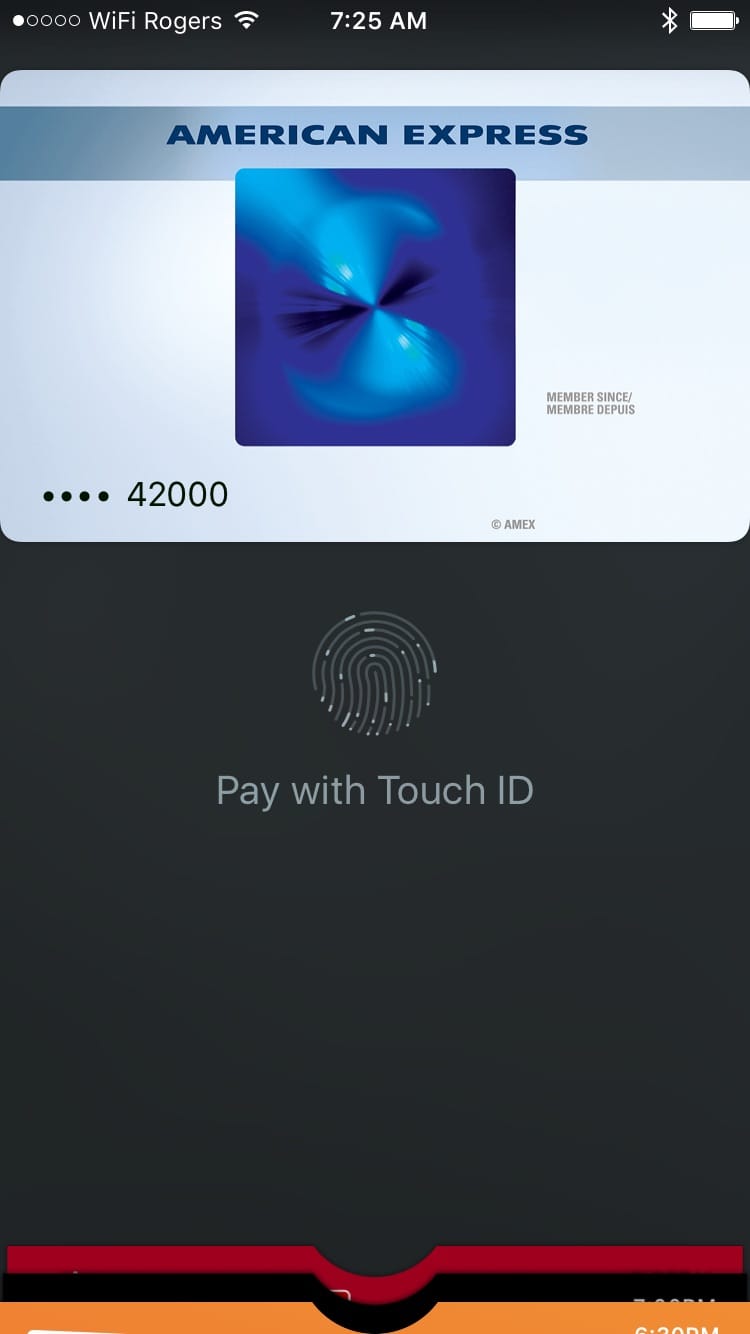 There is a case to be made on the ease of use of Pay compared to chip and pin. Payment terminals vary from store to store, different models, different payment workflows that are all, in my opinion, awful. Some have multiple confirmation pages where you have to hit enter multiple times, then comes the selection on the account (checking, savings, etc.), which is sometimes a resistive touchscreen, function buttons that are related to the accounts (ex: 1 for checking) or dedicated buttons on the terminal. Anybody who has worked as a cashier will agree with me, many people don’t seem to understand how these terminals work.

With Pay you throw all that away, simply hold the device next to the terminal and voilà!

As of writing this post I have only used Pay on almost a dozen separate occasions. The first one was at big Canadian retail store where I bought Christmas lights after setting up half the tree and realizing that I was missing an extra 200 lights. I knew they accepted Amex, I was ready with my card out before I saw the contactless logo on the terminal. I used my watch to complete the purchase, it happened really fast and the cashier looked at me not understanding what just happened. Since you can’t see the watch screen when you bring your arm next to the terminal, the watch gives you haptic feedback to confirm that the purchase went through. The watch also gives a different feedback when the transaction is not accepted. Turns out, I had to return articles purchased with Apple Pay to the said store. When the cashier asks to swipe or insert your card you simply tap like you did during the initial purchase.

The wallet still needs to exist for a couple of years but it’s retirement date is approaching quickly. The ease of use and the security aspects of Pay will be the major selling points for future adoption. The next thing I would like to see is a unification of all loyalty cards inside the Wallet app. With all the new phones coming out with built in NFC the possibility of scanning your loyalty card before making the purchase on the same device would really be an added benefit.

Today Is Revenge of the Apps, Ton of Rebates
Deadpool Red Band Trailer Is Out, Don't Share It With Your Kids Though!