With iOS 9.3 Apple has included a new feature called Night Shift that will change the colour balance of the screen in order to minimize the blue light emitted from it.

Blue light has properties of causing eye fatigue as well as lowering (or completely stopping) your secretion of melatonin, the hormone that causes sleepiness. Therefore, some individuals cannot use a computer screen in the last hours of the day without having a negative impact on their sleep. Others report headaches, dizziness and similar effects, but in general it’s either hard to fall asleep or you simply do not have a resting sleep. 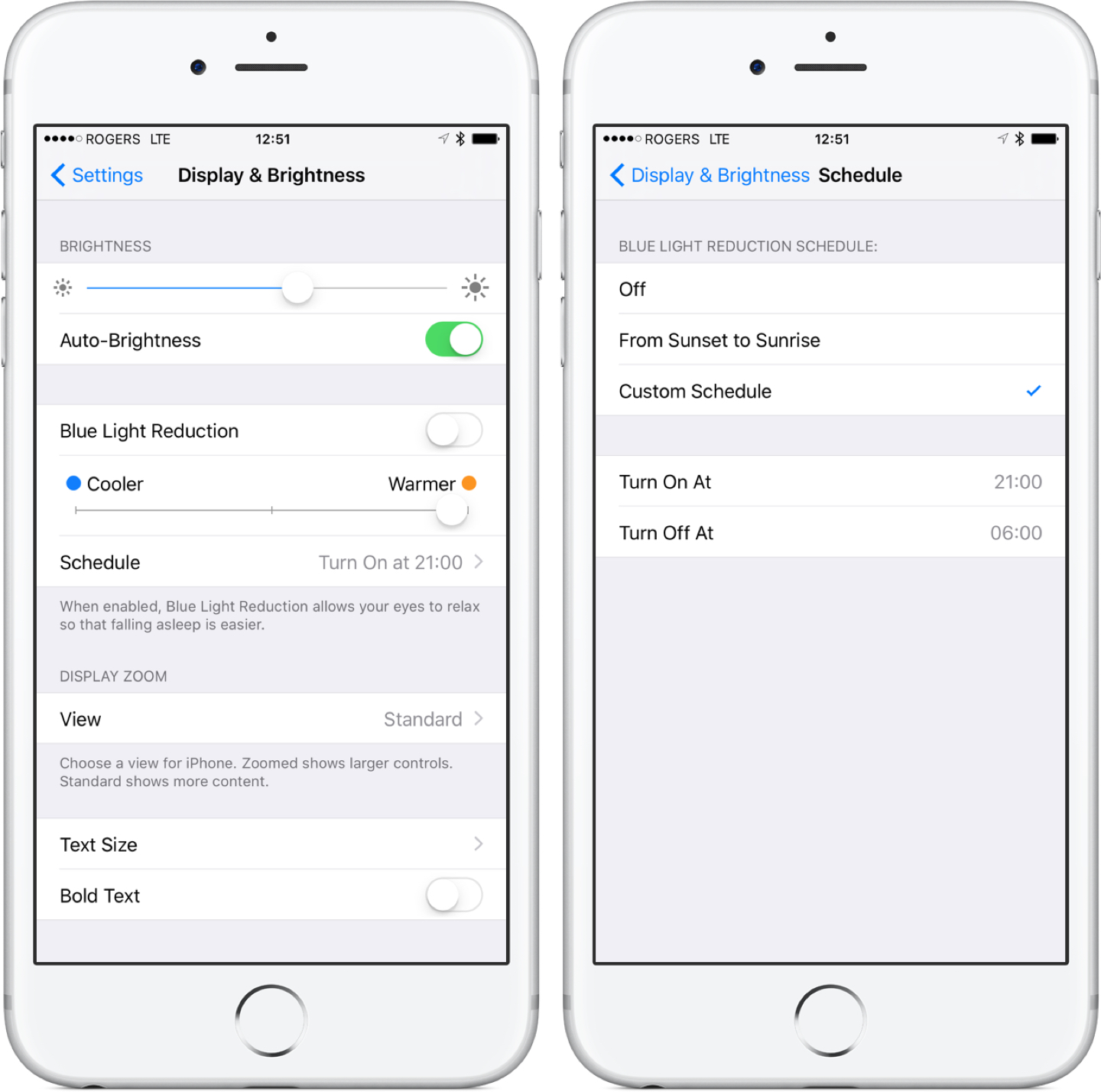 Night Shift is the brain child of F.lux, the years old Mac app that reduces the blue light emitted by a Mac screen. F.lux was also released not long ago as an Xcode project that you would compile yourself because of use of private APIs. Apple kindly asked them to stop distributing the project, which they did.

And now two months later, Apple releases its own version. How good is it?

Apple has included in Night Shift a few modes to personalize your experience. You can manually activate it or go the automatic route for which you either set from Sunset to Sunrise, or a custom schedule. 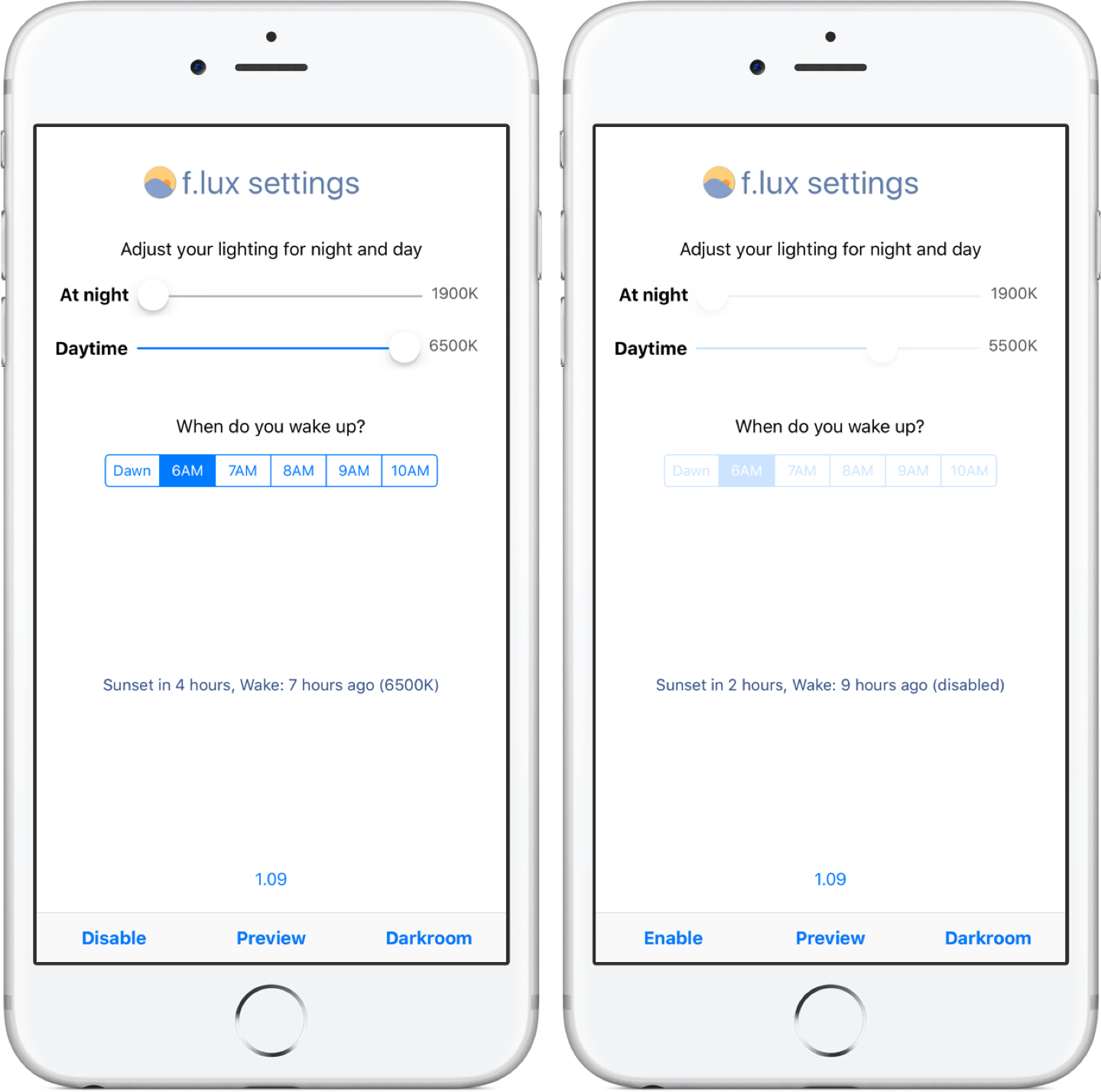 F.lux had a schedule too but it was not as simple as start and end times. I ended up only setting it once in my bed. With Night Shift, I set it to start at 9pm and end at 6AM. The intended schedule is to have it on while I watch tv shows in bed, but off when I’m up in the morning.

All in all they both work great, but I prefer F.lux for a very simple reason, in pitch dark I find Night Shift to be quite a bit brighter than F.lux. F.lux can go much closer to an orange tint, perhaps two ticks further than Night Shift’s maximum value.

These extra ticks are what makes the whole difference for me. Even starting with Night Shift, it was still too bright and still caused eye fatigue. Perhaps I’m too used to F.lux, which I’ve been using every night since mid-November.

Does it really works?

Personally, it’s more a question of what type of show I watch that will keep me awake. But not a single night using F.lux did I had issues falling asleep. Quite the opposite without any of them, many nights were up with a rough start before mid-November.

Eye strain is also down and I can tell, by use of Sleep++, that I do sleep better. About 2-8% better!

Can it be better?

Yes, it can! Apple could make it even darker, perhaps 3 ticks would cover all the possible needs of users, for me, 2 extra ticks would be perfect. The scheduling could also be better and similar to the WeMo scheduling where you can introduce a factor to the sunset and sunrise. Sunset + 2 and Sunrise +1 is what I have for my WeMo Light Switch controller my exterior lighting.

F.lux is not available through legit means, but iOS 9.3 will come out fairly soon. I just hope Apple will make it even better before releasing it.