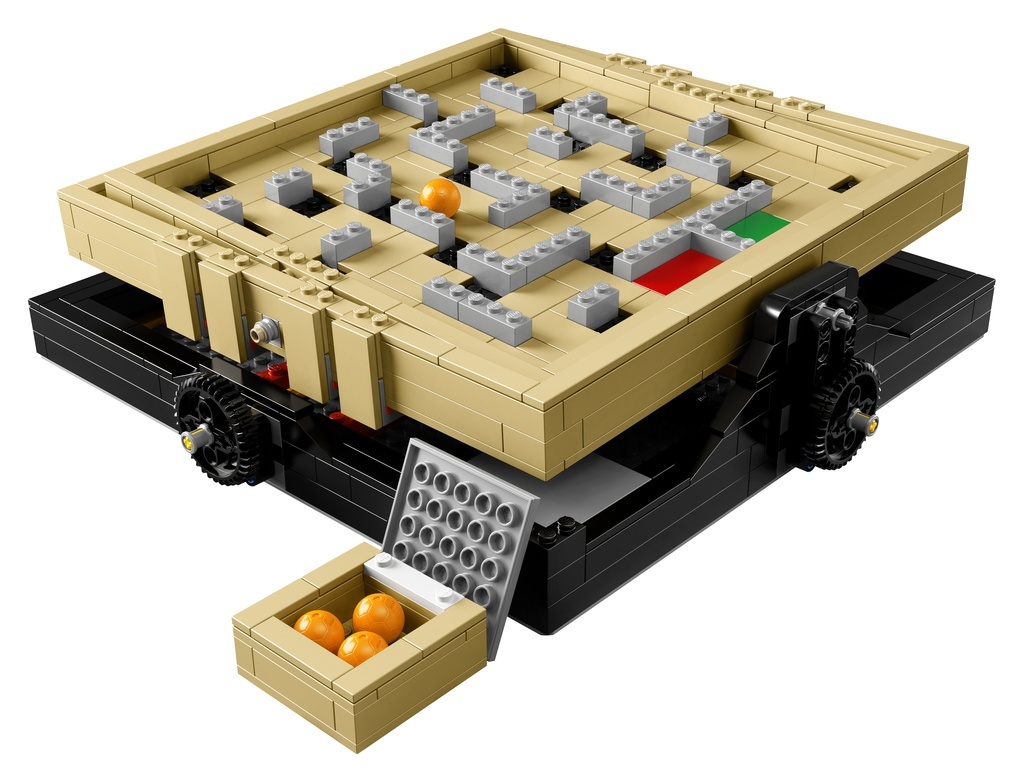 LEGO Ideas Maze is the classic marble labyrinth where you tilt the board to get the ball in the right hole but this time, you make your own maze!

This is the idea of LEGO fan Jason Allemann:

“I originally tried to recreate the wooden version of the Labyrinth maze as faithfully as possible, with a larger rectangular maze and actual holes for the ball to fall through. It quickly became apparent that this it wasn’t going to be practical though. The holes required the maze to be built using multiple layers of smaller plates, making it heavy, part intensive and relatively weak”.

“I decided to decrease the size of the maze and eliminate the holes. By having the ball fall into depressions, the maze could be built using a smaller number of larger plates. The smaller size and simplified construction also resulted in a much lighter maze, making the control system much more responsive”.

It’s completely made out of LEGO pieces and comes out April 1 for 69.99$US!