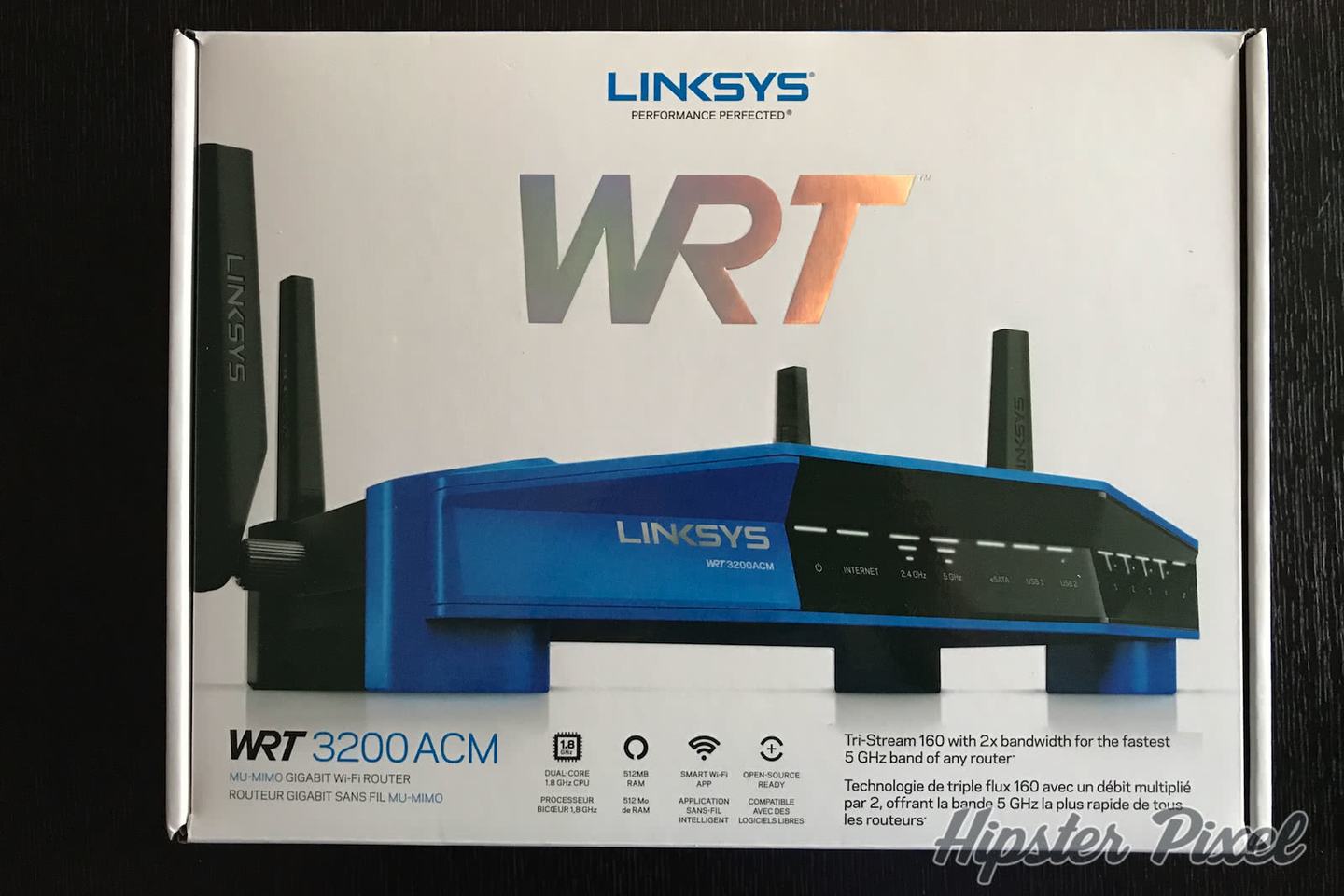 After a few months of using the new Linksys WRT3200ACM exclusively, I’m blown away by the speed and by the reliability of the connection that this router provides. Other routers I’ve used in the past often tend to need a reboot every once in a while to work reliably, this one does not. The web interface and web applications are very polished and intuitive, the list of features is extensive and the speed, the speed is addictive. This router makes me want to call my ISP and treat myself to a fat internet connection to really unleash the power of the device.

This thing is huge. I mean really big compared to other models and the all-in-one device that my ISP provides. It features 4 antennas that can be pointed in all directions to try and cover larger areas. Like most routers, the ports are all located in the back and multiple LED’s are included in the front. The LED’s can be turned off in the router settings if the router is going to be used in a living area where flashing lights might be aggravating. The router’s overall build quality reflects its price tag. 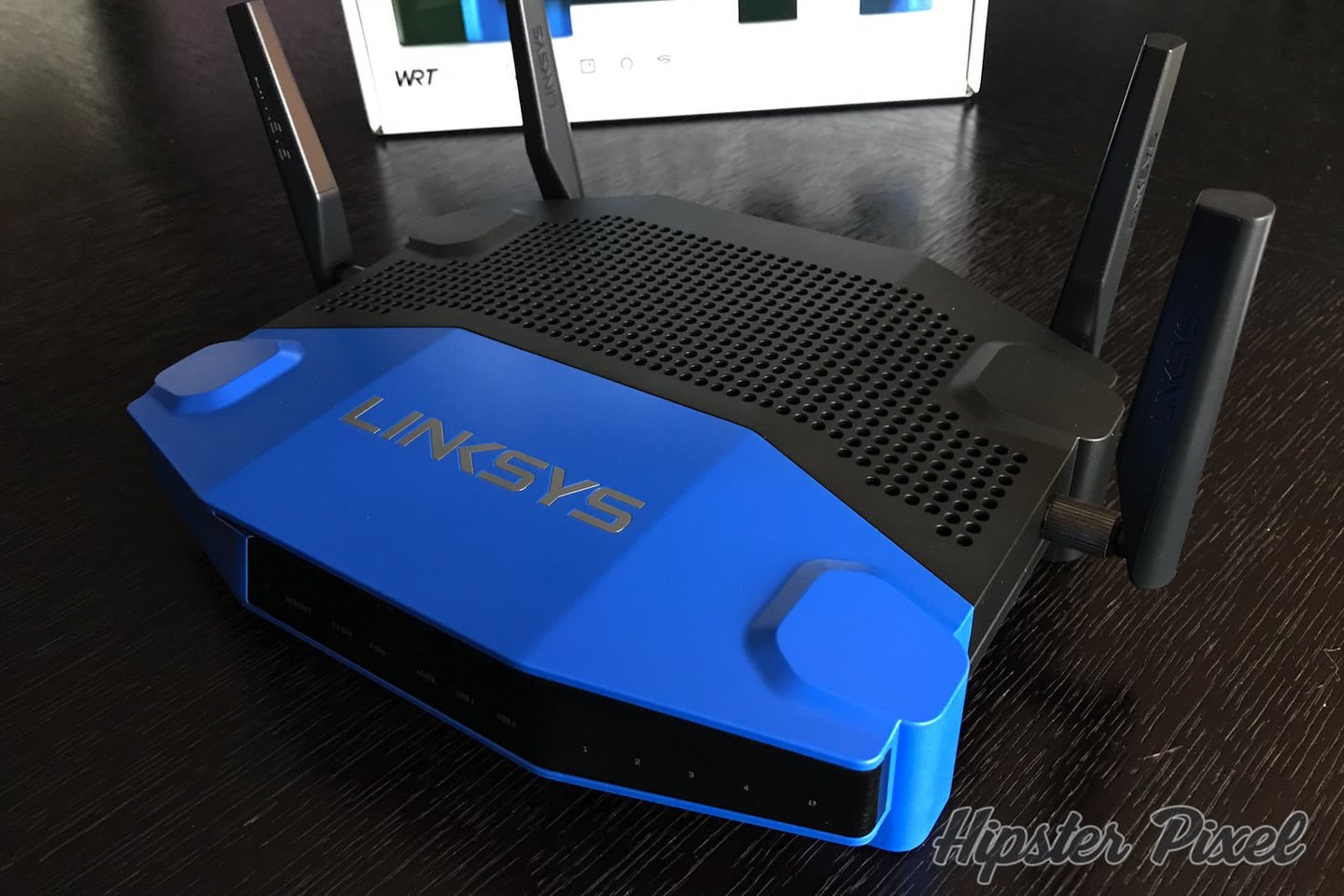 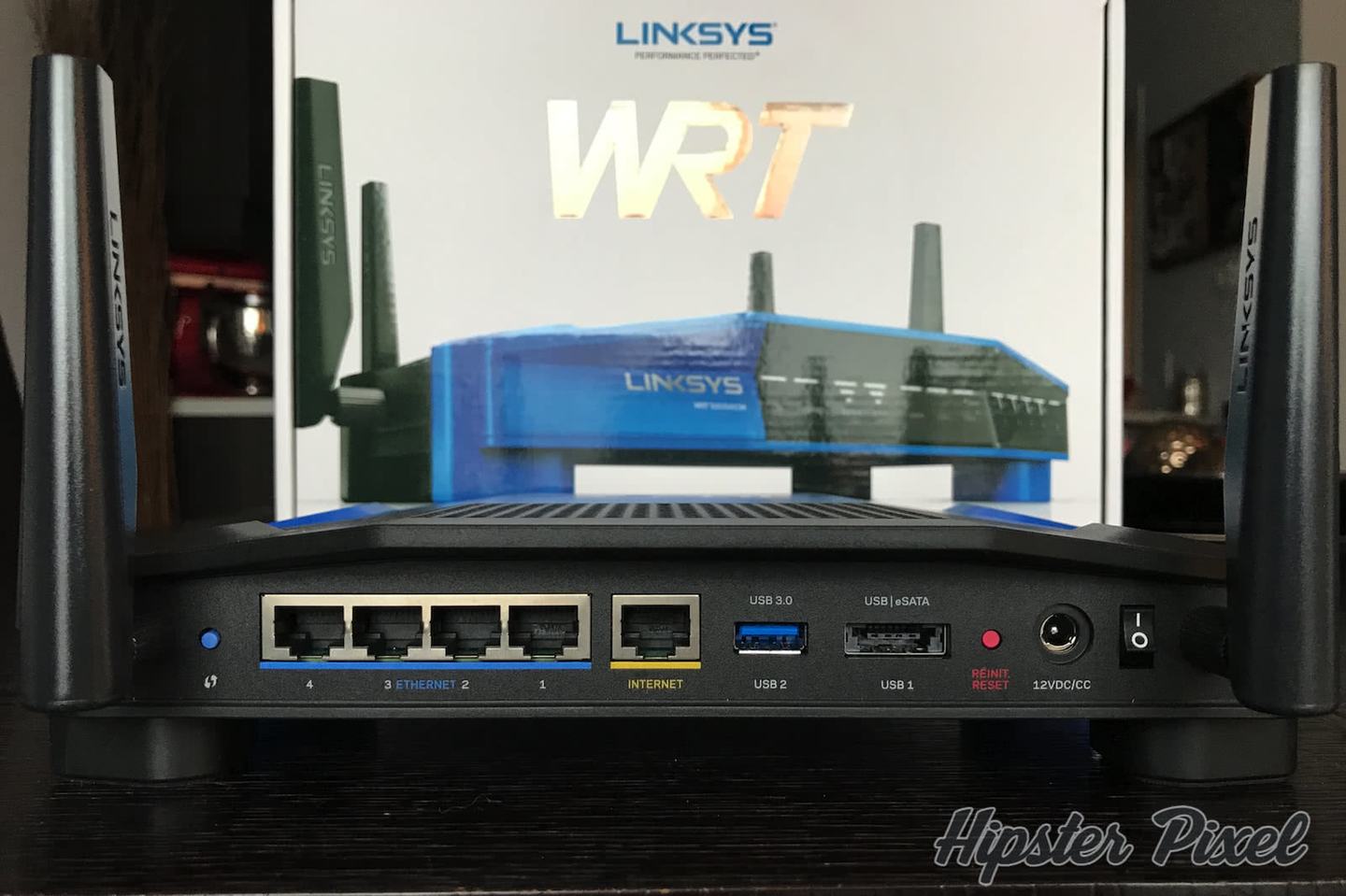 The on-boarding process was really easy. It can be done using the phone app or the good ol’ browser. The setup gives you nice warnings of the multiple router reconnections that can occur during the setup. The iOS app replicates the exact settings available in the browser. It’s also receiving multiple updates especially since the release of the Linksys Velop Mesh Network router was released.

The parental controls are very extensive, you can restrict devices on an hourly schedule. A list of websites can also be blocked per device. The hourly schedule can come in very handy for the growing number of children that now own a personal internet capable device. I would wake up and power on the desktop computer in my bedroom after my prescribed bedtime I can’t even imagine how easy this is nowadays with iPad’s and iPod Touch’s. 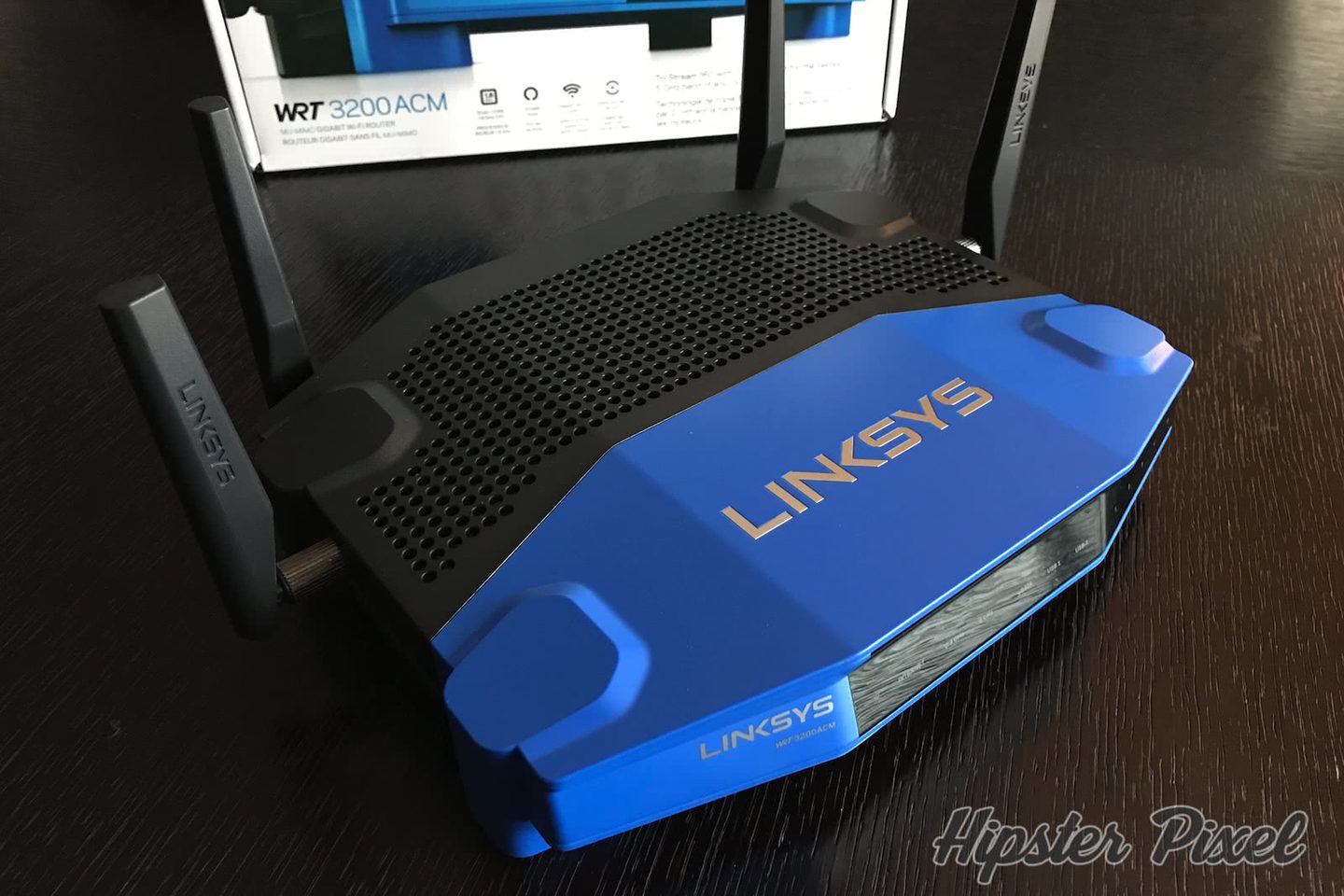 Media prioritization let’s you give priority to certain streaming heavy devices, applications or games. This feature can be used for media devices that are used to stream services like Netflix or Amazon Prime Video. The priority rules can be managed through the web interface as well as the mobile app. Once the feature is activated, you can drag and drop any device to define an order of priority. A list of games and applications can also be dragged into priority.

The router can also be setup as a OpenVPN server. This means you can use your own self hosted VPN service when you’re rooming around the city connecting to a bunch of unsecured wireless networks. Granted, you won’t be able to connect to different countries to gain access to restricted content but it’s a still a really cheap and easy way to stay a lot safer when using public wireless networks.

The speed of wireless transfers on the local network has definitely improved over the ISP provided router. The transfers are more linear than with the other device. The Linksys can sustain a higher transfer longer. Using the same two computers the Linksys router would reach a maximum bandwidth of 210 Mbits/sec during transfers compared to the 79.7 Mbits/sec transfer speed of the TP-Link router and the 36.7 Mbits/sec transfer speed of the ISP supplied router. The bandwidth speed during the whole 30 seconds transfer is 175 Mbits/sec, more than triple the speed of the TP-Link. As with the TP-Link, I can’t speak too much about the range since the router is used in a small/medium apartment and is reachable from everywhere. As I pointed out in the intro, the speed of the Linksys is incredible. It is really noticeable using media intensive app that load multiple images and video over time like Instagram and Facebook.

The biggest selling point of this router is the overall speed and overall reliability of its connection. Transferring large media files between computers is a breeze. It is a full-featured router which is expected given its price tag. The only downside is that older wireless cards don’t seem to work with this new router. The older wireless card used in my media computer would drop the connection after a couple of hours demanding a reboot of the device. The price is also priced a little high but given the capabilities of the device I think it’s well worth it for anyone that wants the ones of the quickest wireless connection.

A Linksys wireless router that piggybacks on the WRT line of blue routers with better performance.

The Good Stuff The Bad Stuff
The Ratings
Design
90%
Customization
80%
Quality
90%
Performance
100%
Price
50%
Overall: 81%
Disclaimers: This product or service was provided by the company or partner for the purpose of this review.
For more information on how we score products, please read how we review products.
RGBA #47: Converging Rumors
Google Daydream View Review