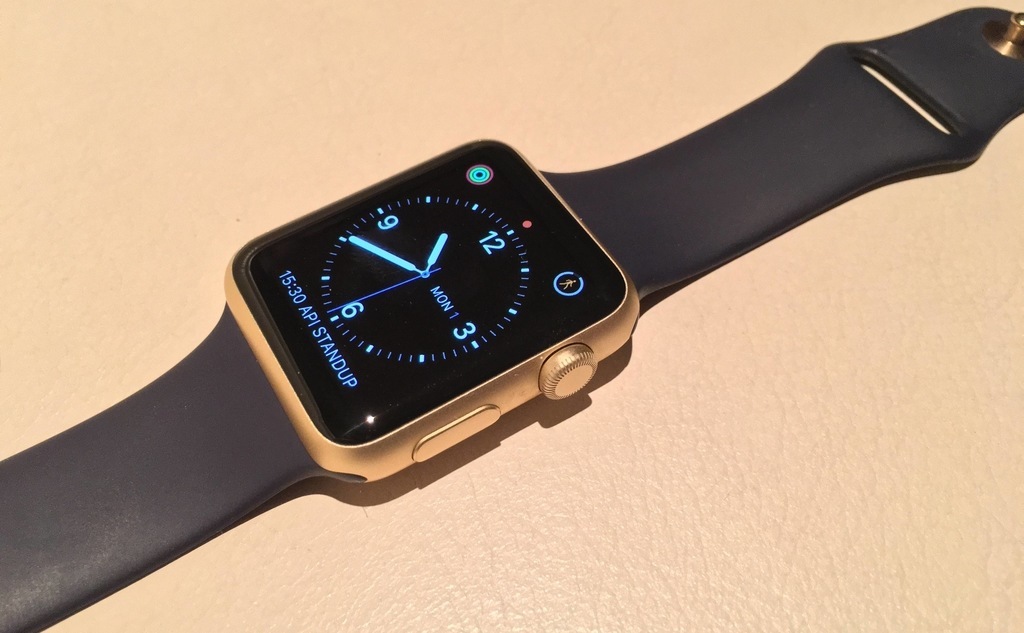 After having the Apple Watch on our wrists for 9 months and having updated its software a few times, we can now ponder at the product and see it’s real shortcomings. What was promised was delivered so we can assess what the  Watch Gen. 1 really is at this point in time.

It is not perfect, it has big flaws but also amazing ideas, it is a polarizing product. We still can’t easily tell friends to run buy one like we did with the iPhone or the iPad when they came out, everybody is using it differently, but nonetheless we all love the product.

Leaving the fashion aspect aside, I think Apple went out of their way to make it so diverse that it can appeal to almost any tastes and even play with various colors and textures to satisfy the most demanding fashionista. The latest software updates even let you pair multiple watches with your phone and switch between them just buy wearing and unlocking them.

Even in its 1.0 version, the  Watch was very stable, I only suffered a single crash in my many months of usage. Apple does know how to do proper hardware-software integration.

All the activity stuff, the rings and the sensory information is great. You can read my affair with a Pebble article to see why the  Watch is the best smart watch you can buy today and why I would prefer paying more for an  Watch or simply having no smart watch.

Performance is one of the big problem of the watch. It is not always apparent but sometimes it has issues with many notifications coming in together and many apps have slowness when you are using them. That is after they have gotten all the required information from the phone.

The  Watch was probably finalized 18-24 months ago and it shows. As a compromised device it had to pack in more energy than needed to under-promise and over deliver thus requiring a low power CPU probably based of an A4 or A5 and it shows. Development in more recent generation of A-serie CPU would greatly benefit the  Watch.

The constant loading of apps could be attributed to the developer of the said app but it happens too often and in all apps that it is not just “a” developer’s fault. The general communication between the watch and the iPhone is either poor or intensionally erratic to keep the battery impact low, the watch simply shows me a refresh screen for way too long time. So much that I had to change the screen display time to 70s since the 15s never was enough to see something else than the throbber.

But the worst part is the glances. By definition, we should only need to glance at them quickly in order to get the quick bit of information needed. But they are unreliable due to their data always being outdated. Some developers have potentially a really small dataset to transfer, like Pedometer++ which seems to only have one number to display, and it still takes 3-7s just to get the information from the phone. Being a glance it should already be updated when I reach for it or else I can’t just glance on it.

The wake-up from a wrist turn has gotten better since the  Watch launch, but it’s still not perfect and slow. When it does work there is small delay, small but irritable, and it does not work 100% of the time. This needs to work all the times to convey confidence in the  Watch. Imagine the original iPhone if the home button worked 8 times out of 10, you would not have the same confidence in the product you hold today if it was the case.

It’s most basic function is to tell the time and I do appreciate its precision up to the thousand of a second but now lighting up the screen when raising the wrist is irritating 8 times out of ten.

Up next, what Apple should absolutely fix and some crazy requests for the next  Watch!