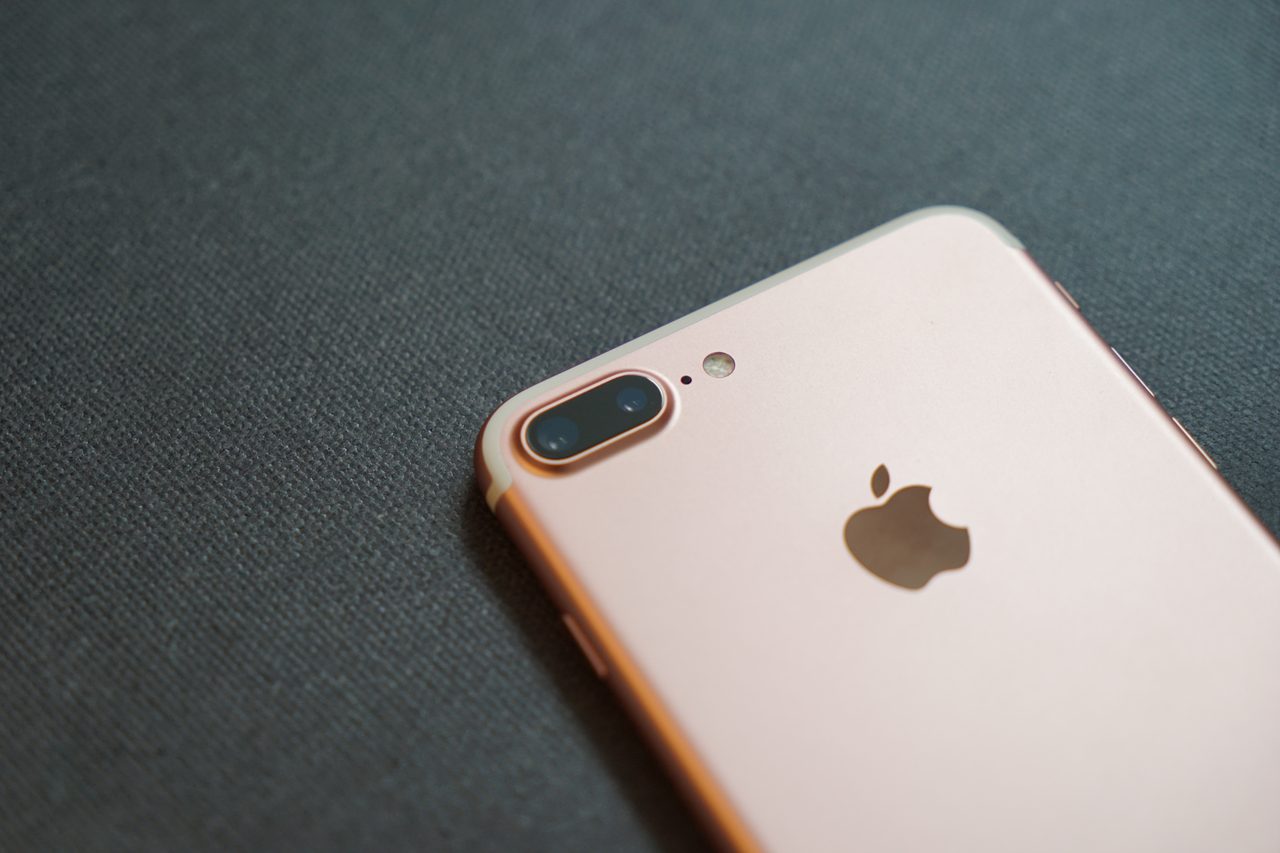 We normally get a new iPhone design every two years, one that is distinct from what came before. Think of the iPhone 4, 5 or 6. It was a pattern, but patterns are meant to be broken if you want to surprise and awe people.

This year’s iPhone 7 Plus looks like an iPhone 6S Plus^2 where it retains most of the apparent design of the last two iterations. But once you take a closer look, you start to see where Apple put its energy this time around, and it’s not what you expected.

The design of the iPhone 7 Plus is a step in the right direction with the less apparent antenna bands. I never hated them but if they were not there I would be happier. When you take the new bands and the Jet Black or regular black you can only see them if you look for them. Out of symmetry the speaker grill and microphone are now an equal number of holes on each side of the Lightning port. With the 3.5mm jack gone, I prefer this kind of design. 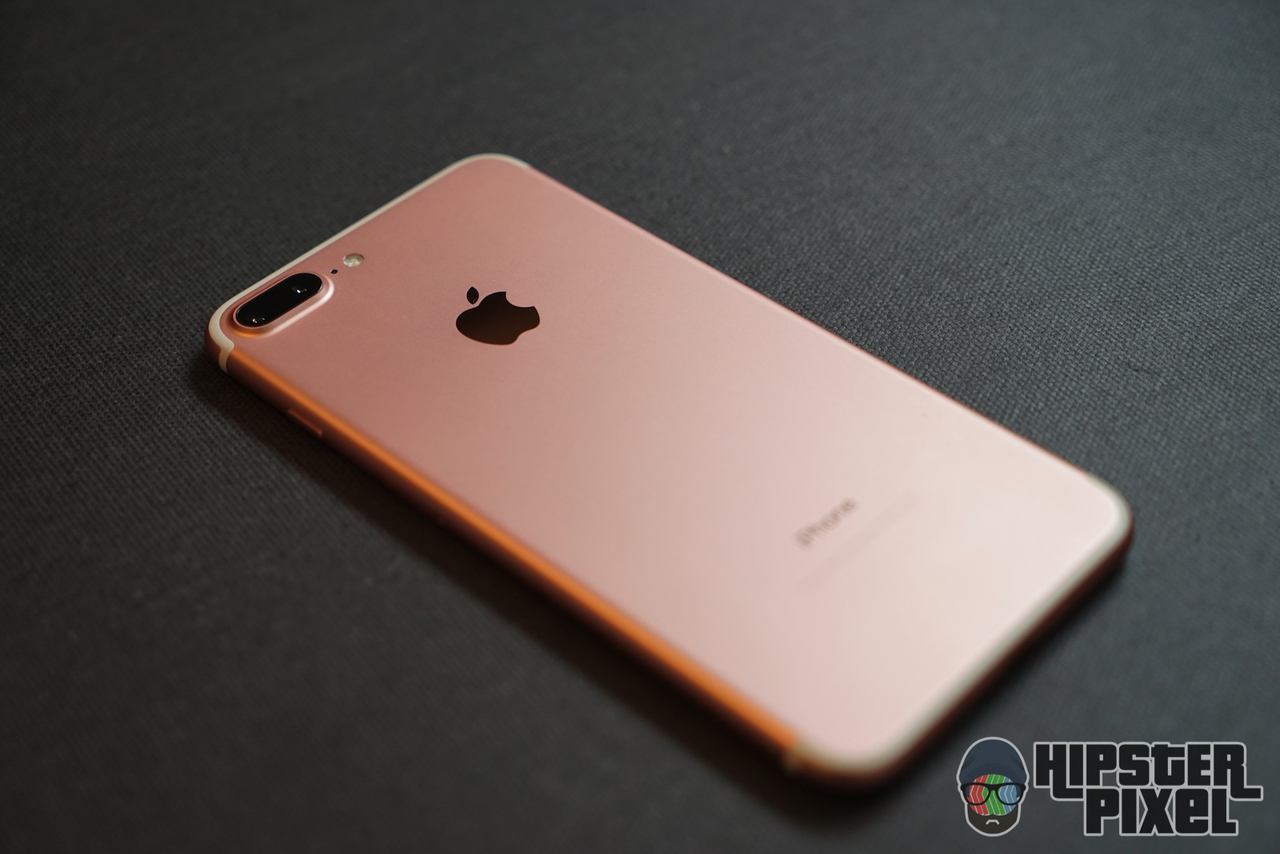 The front of the iPhone 7 Plus is very similar to the previous generation, but as soon as you start the on-boarding procedure you realize the impact of the new Home button.

With its three levels of haptic feedback you can set it to your preferred force feedback and I strongly encourage you to force yourself and use the other settings to in order to put the finger on the perfect setting (pun intended). If you are coming from an iPhone 5s or iPhone 6, you might prefer the #3 setting. Personally, #2 feels the most real; like a real button press. The illusion is far from perfect but you definitely get used to it and after a few weeks it will feel natural and you won’t think about it. 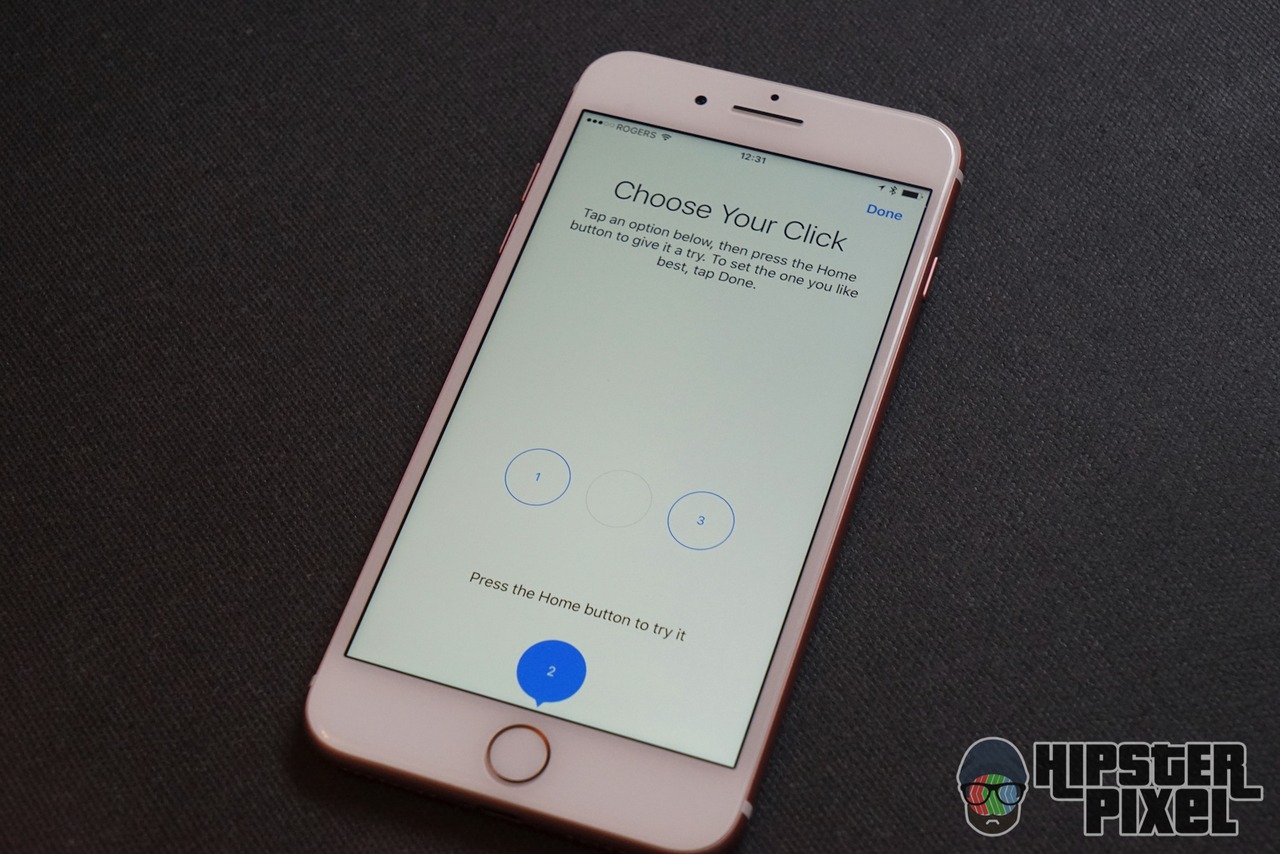 I’m a big proponent to wireless headsets and earbuds, always was and the lack of 3.5mm port has not changed it. The only time I use plugged in headphones is when I’m in bed and watch episodes on Netflix and for that I have the included Apple EarPods with Lightning connectors. I just realize while writing these lines that I did not even try the included 3.5mm adapter in the box… 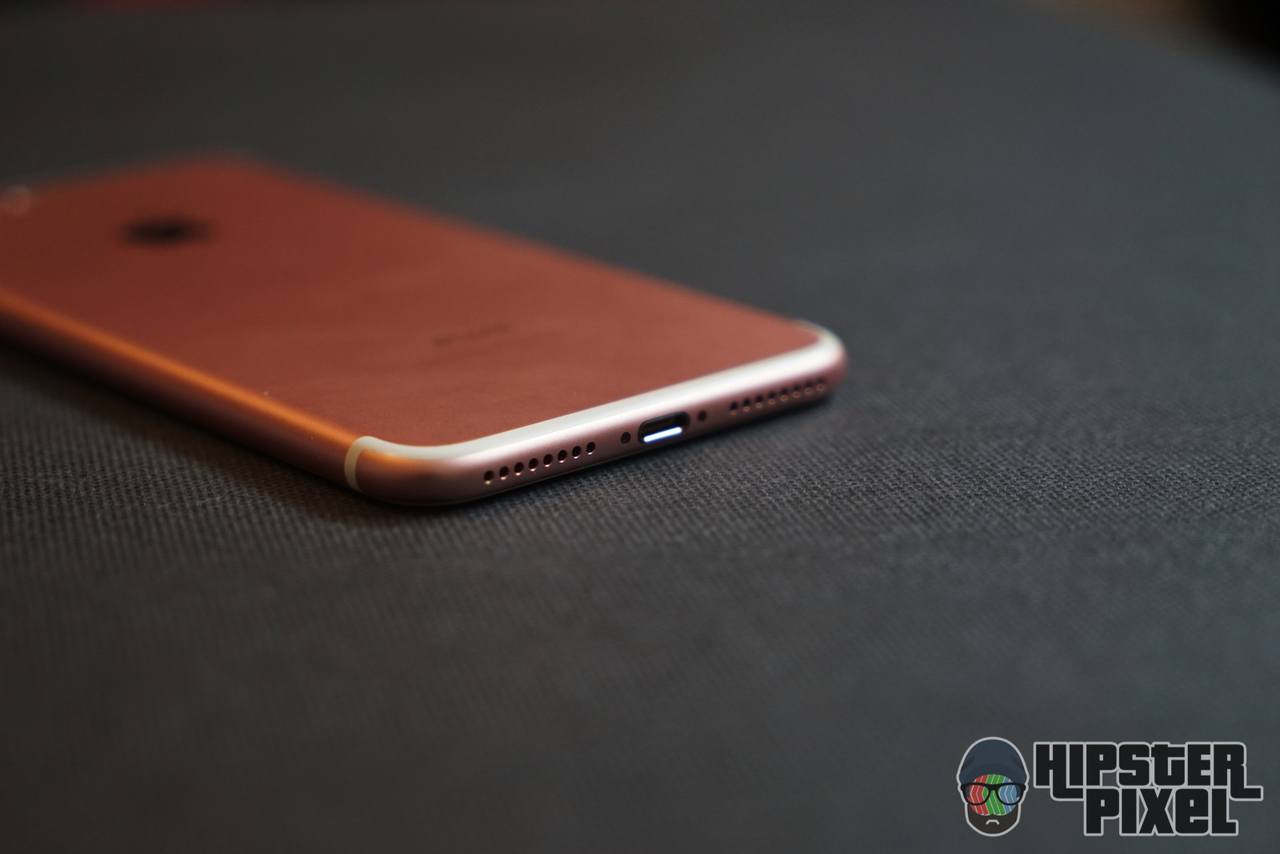 It’s not a big deal, really, get over it!

The iPhone is now including a regular speaker in place of the earphone speaker so it can get pretty loud when you’re not in a phone call. Together with the regular bottom speaker they form a stereo array and offers a much louder sound than previous generations of phones. The EQ of the sound is still too strong in the highs and will only do for podcasts listening, in my opinion, and could be made better with Overcast’s custom EQ feature if Marco gets around to adding it.

Overall, I welcome stronger speakers as they can be quite useful on certain occasion and the sound really is much better with them as a stereo pair.

The form factor is identical and the texture is the same as the 6S generation. A bit grippier than the 6 but not by much. I’m a case guy so for me it does not really matter. Unless, you have the Jet Black! 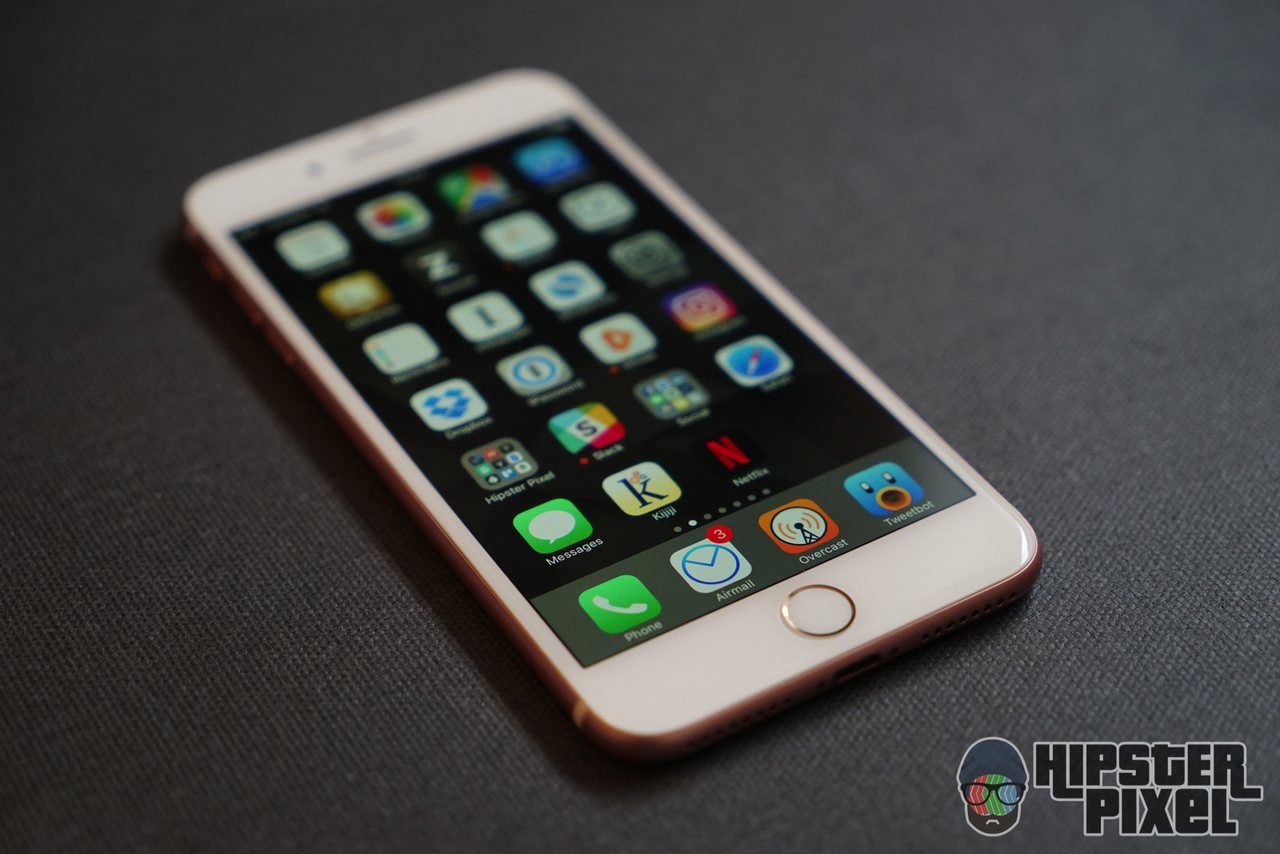 In this case you should expose the phone it’s a marvellous finish that should not get hidden away. Micro-abrasions, you say? It all depends on what you intend to rub against your iPhone 7. Personally, I tried to see if I could handle a Jet Black iPhone with my 10kt gold ring rubbing agains it, and it did not even do even a harline micro-abrasion. I was sure it would not do dommage as even unpure gold does not come close to stainless steel in terms or hardness. Looking at a hardness scale, I can see though that some rings or jewelry might scratch it. Here’s one with common minerals that can be found near an iPhone.

If you possess a ring made of tungsten carbide (9 on the scale) then you should watch out. Anything harder than 5.5 can be a big problem on an iPhone screen and anything harder than 4.5 can be dangerous to the back of an iPhone. Finally, diamonds are the worst if you usually carry them in your pockets!

The back of the iPhone is the home of two new cameras, the iPhone 7 has a single 28mm f/1.8 camera and the iPhone 7 Plus has a second camera, a 56mm f/2.8. This camera combo offers the ability to zoom at 2x with only optical engineering and on the software side, Apple leverages these two lenses to recreate the bokeh effect, the blur you often see in portraits. 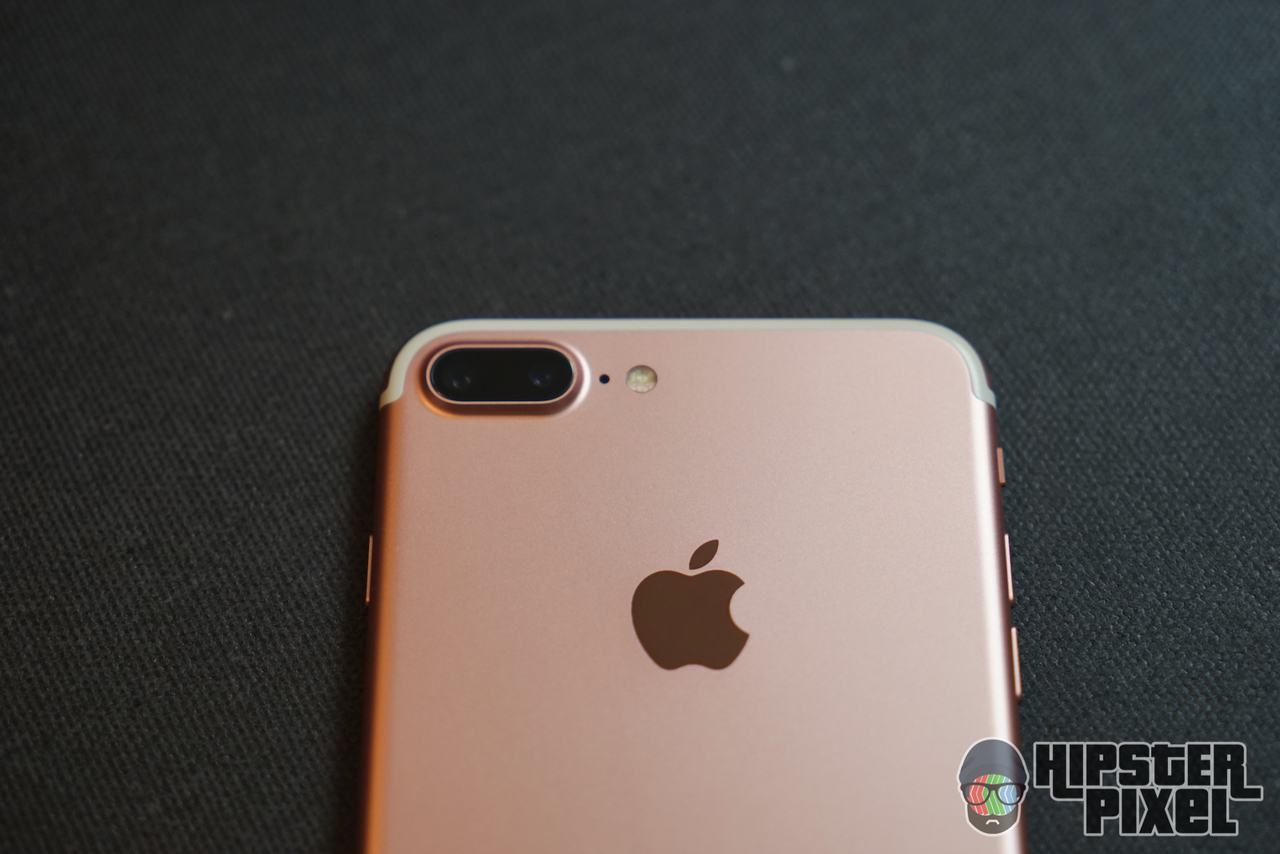 It was first released as a beta feature and for better overtime. Now that it’s fully released, you can see for yourself the results. It does not replicate the perfect blur effect of +1200$ Sony 24-70mm f/4.0 lense but it comes close to it often enough that I call this a revolution in mobile photography. Using the 56mm lens for it, you often see lots of noise in low light settings but if you follow the advice on screen you should really only use this with ample light and at a specific distance.

Talking about that guide, the Portrait mode does a great job of helping you to get to the right distance, not too far and not to close with enough light to generate the expected effect. It’s also impressive that you can actually see the effect on the screen before actually pressing the shutter button!

The effect is very believable and apart from very specific scenes that have many level deep of objects (like a shrub), you don’t easily see defects on photos. From my testing, gone are the fuzzy arms and missing hairs from the focused area. In a separate article, I will be going against a dSLR in order to show you how the camera behaves against something pro like a Sony A7II.

Common to both iPhone 7 and 7 Plus

I must say that this is the first year that I did not feel that last year’s phone could gain something on the performance side. The iPhone 6S Plus does not feel slow, and it’s Touch ID 2 sensor is super fast and accurate. I did not think it could benefit from any type of speed enhancement. Oh, was I wrong!

You immediately see the difference once you are done with the on-boarding flow. Swapping between apps is faster and I can really go faster than with the 6S Plus. Also, it retains the previous app states in memory much longer and it also has more Safari tabs in memory. Overall, the performance has increased more than I was expecting and that’s always a welcome change!

To put this in numbers, I ran the usual Geekbench benchmark suite. Here are the numbers compared to previous generations.

As you can see from these results, the iPhone 7 Plus is 38% faster than the 6S Plus which was 68% faster than the 6. So it is indeed not a “S” revision with the speed increase we could be expecting, but it’s nonetheless a noticeable difference. 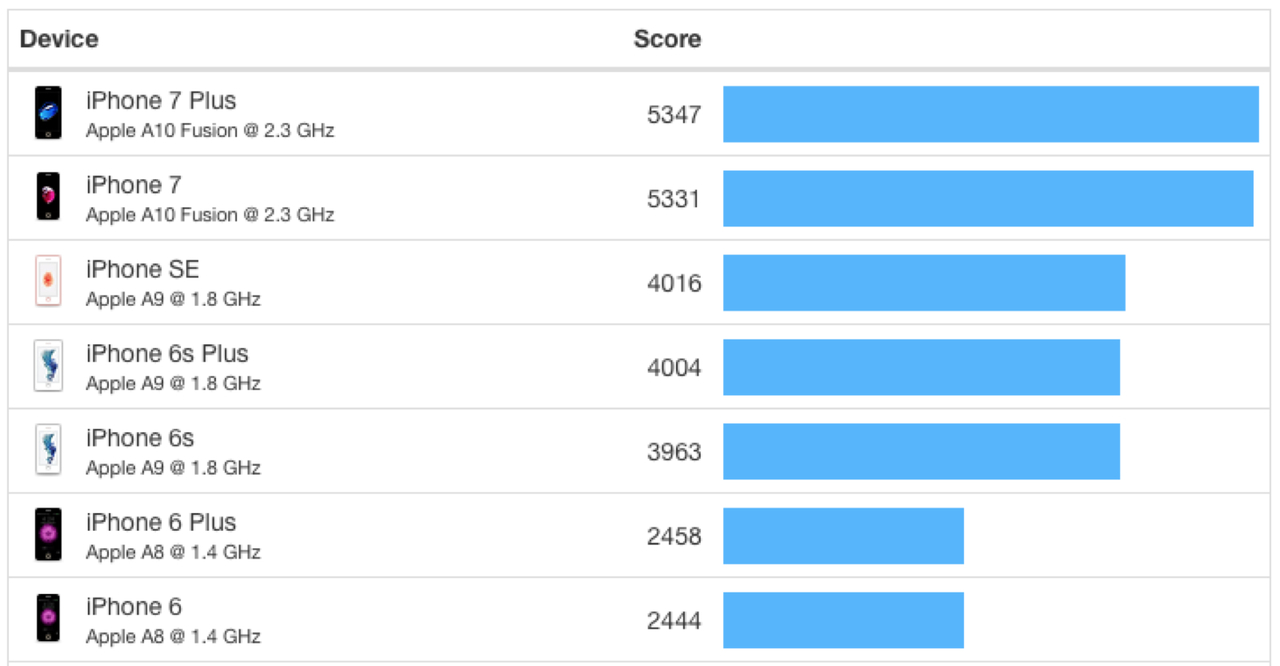 We have the same speed increases on the multi-core benchmarks.

And following the result of an Unbox Therapy video of a few weeks ago, I figured I should probably start tracking the read and write speeds of the iPhone. I got the results from my devices and friends.

We notice that there is a big difference between the iPhone 6s and 6s Plus. Similar to what Lew found out between the low capacity iPhone 7 and high capacity iPhone 7. You must understand that these are benchmarks and although they present you with big differences, in real life, you don’t regularly read or write hundreds of MB so the difference is usually in the realm of milliseconds or tenths of seconds difference. I’m just a big nerd for numbers and like to see the evolution of the maximum speeds. :)

I really wanted to try the Plus version as I’m a big fan of the higher performance of the camera systems in the iPhones. Bigger screens and more RAM memory is what makes this Plus version the definitive version to get for me. This year around it’s not “just” optical stabilization, but a completely new camera array with a second lens that apart from the 2x zoom also gives you the ability to leverage this lens for software generated bokeh effect. 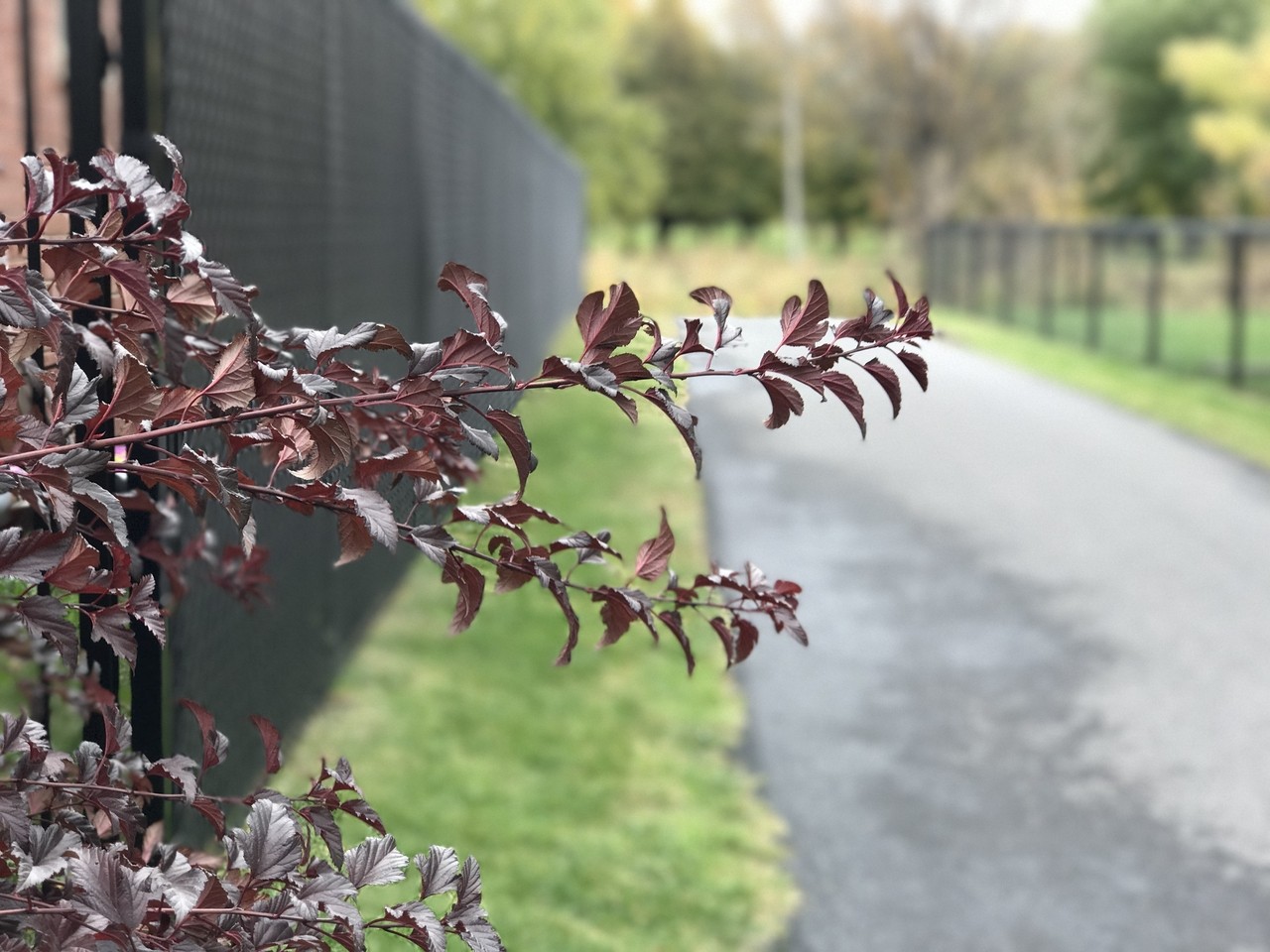 And what an effect! I’ve been playing with this a lot and I must say that I really, really love the effect. I would say it’s 90% close to what a dSLR could do and unless you are a photography nerd, you will not even notice the limitations. The Portrait mode works by guiding you on the ideal distance between you and your subject as well as having sufficient light to properly expose and have the necessary visual information to apply the radial blur effect. 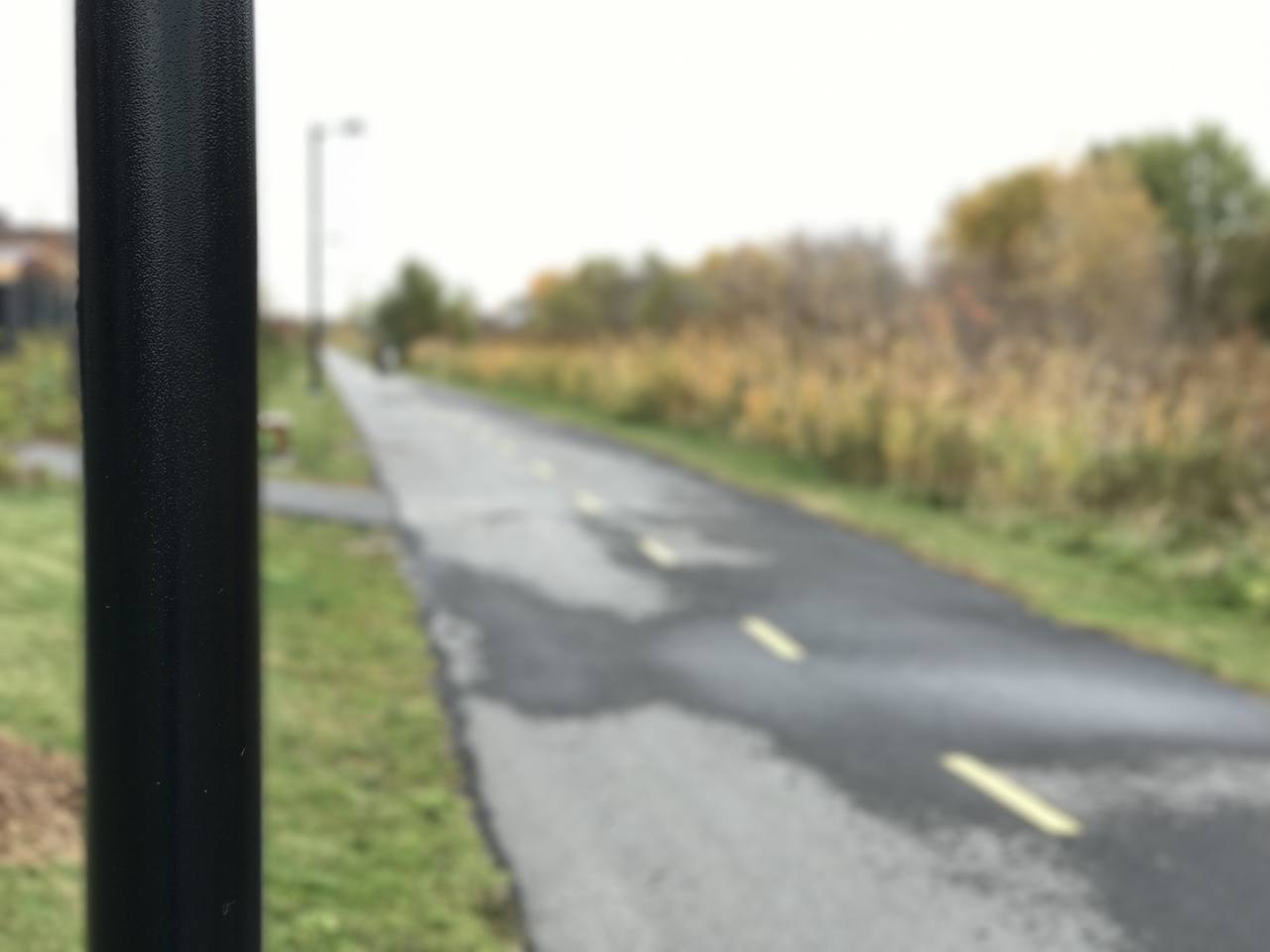 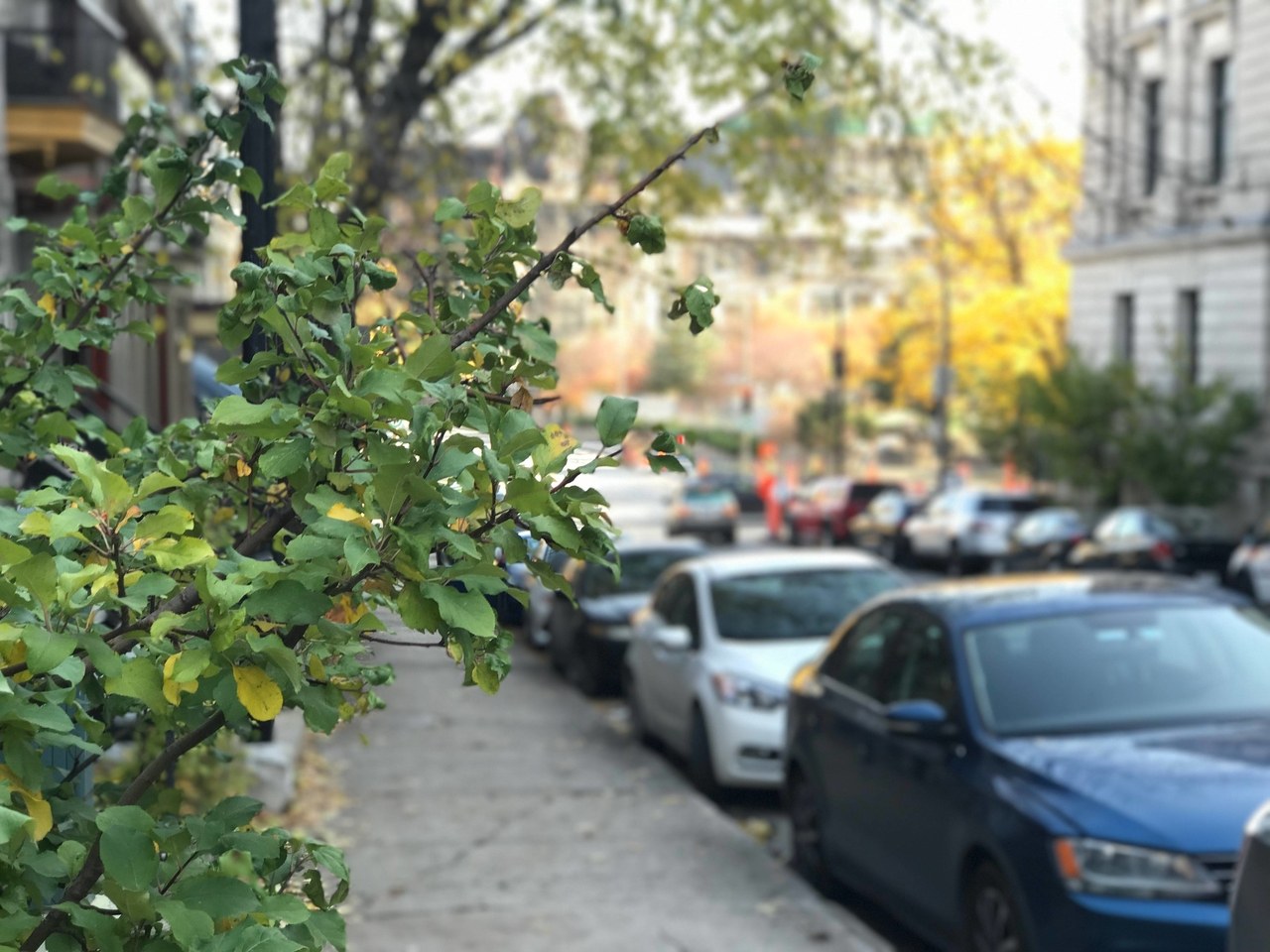 Portrait mode is great but it’s not all there is. The camera itself has gotten even better at taking pictures in low light thanks to a wider aperture and advanced noise cancellation. The 2x lens is great to getting close with your subject and with sufficient light it does a great job.

The low-light performance of the new camera is so much better than before. This is the single best enhancement when comparing it to previous generations. As you can see from the following shots, even at night with minimal light, you can still get a very usable photo. 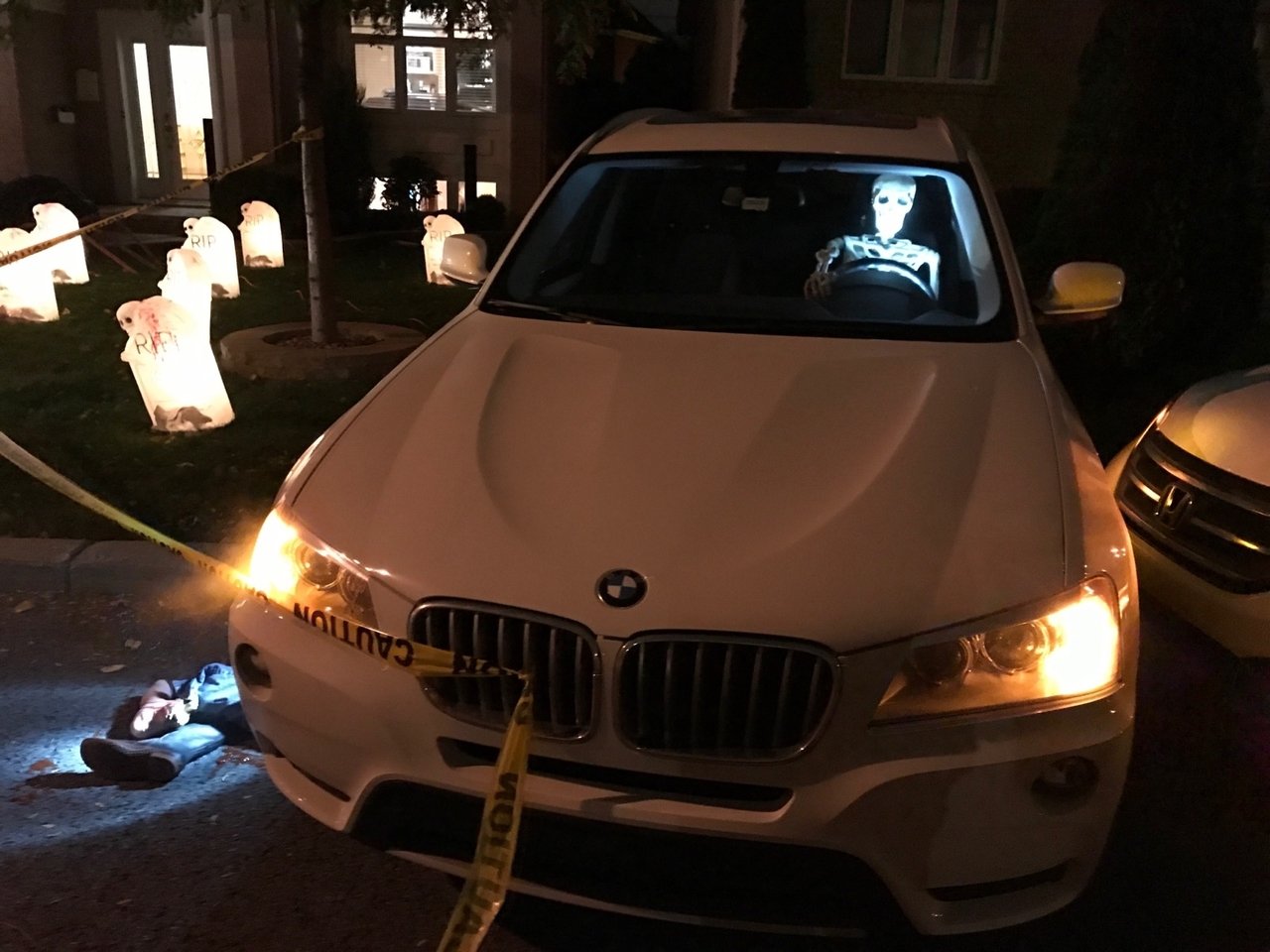 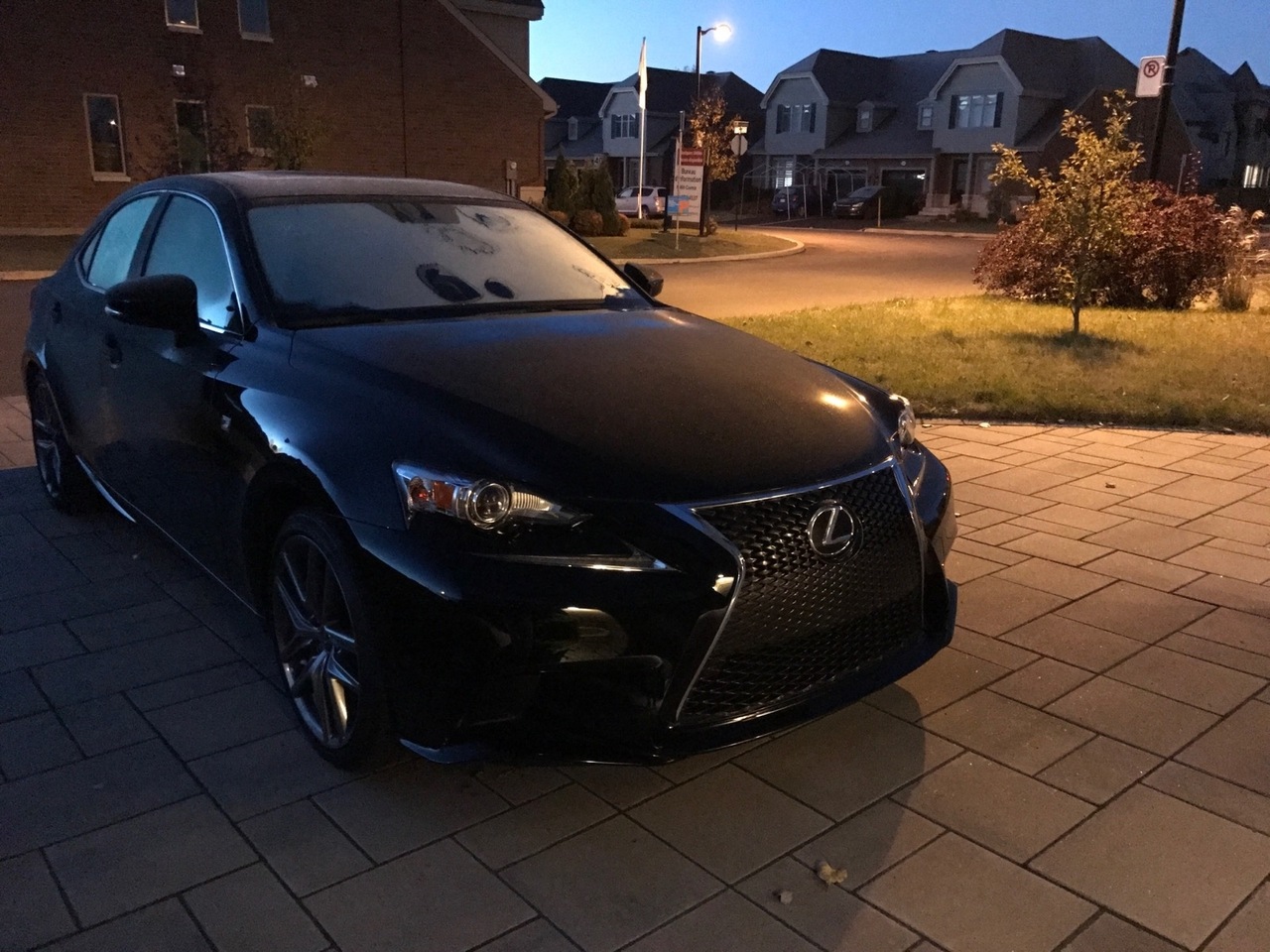 Stay tuned for a following post where I put the iPhone 7 Plus against a Sony A7II in head to head combat!

I still have to find a way to harness the power of USB 3, if with a dongle or another cable it can benefit from faster transfer speeds.

After playing with the iPhone 7 Plus for a couple of weeks, I must say that this is a solid evolution of the well-known design that was the iPhone 6 and 6s. It’s not a dramatically new look but the new Jet Black finish, better performance, great design changes and the awesome camera makes this phone another solid year for Apple.

The general performance, as well as the benchmarked performance takes an already fast 6s and makes it even better than I was expecting. The camera looked great on spec sheets, but once you put it to the test in real life, it really stands out.

Is it For You?

That always depends on various factors, but if you are looking for a mobile phone with a solid operating system, a great camera with effective optical stabilization and a cool portrait mode; look no further. If you already have an iPhone 6s and do not care too much for the new camera, you should probably wait until the iPhone 7s to make the jump.

I recommend the iPhone 7 and iPhone 7 Plus to anyone with an iPhone 6 or earlier, or for designers that want to leverage the new DCI-P3 capabilities of the screen and camera. And for photographers that can make better and better movies with a camera that can now fit 11.8h of 4K video or 87k songs in your pocket!

New iPhone revision with a similar look but that's where the similarities end!

The Good Stuff The Bad Stuff
The Ratings
Design
80%
Performance
100%
Screen Quality
100%
Camera
90%
Battery Life
90%
Price
70%
Overall: 85%
Disclaimers: This product or service was loaned for the purpose of this review.
For more information on how we score products, please read how we review products.
Ghost in the Shell Trailer
Apple Releases Design by Apple in California Books