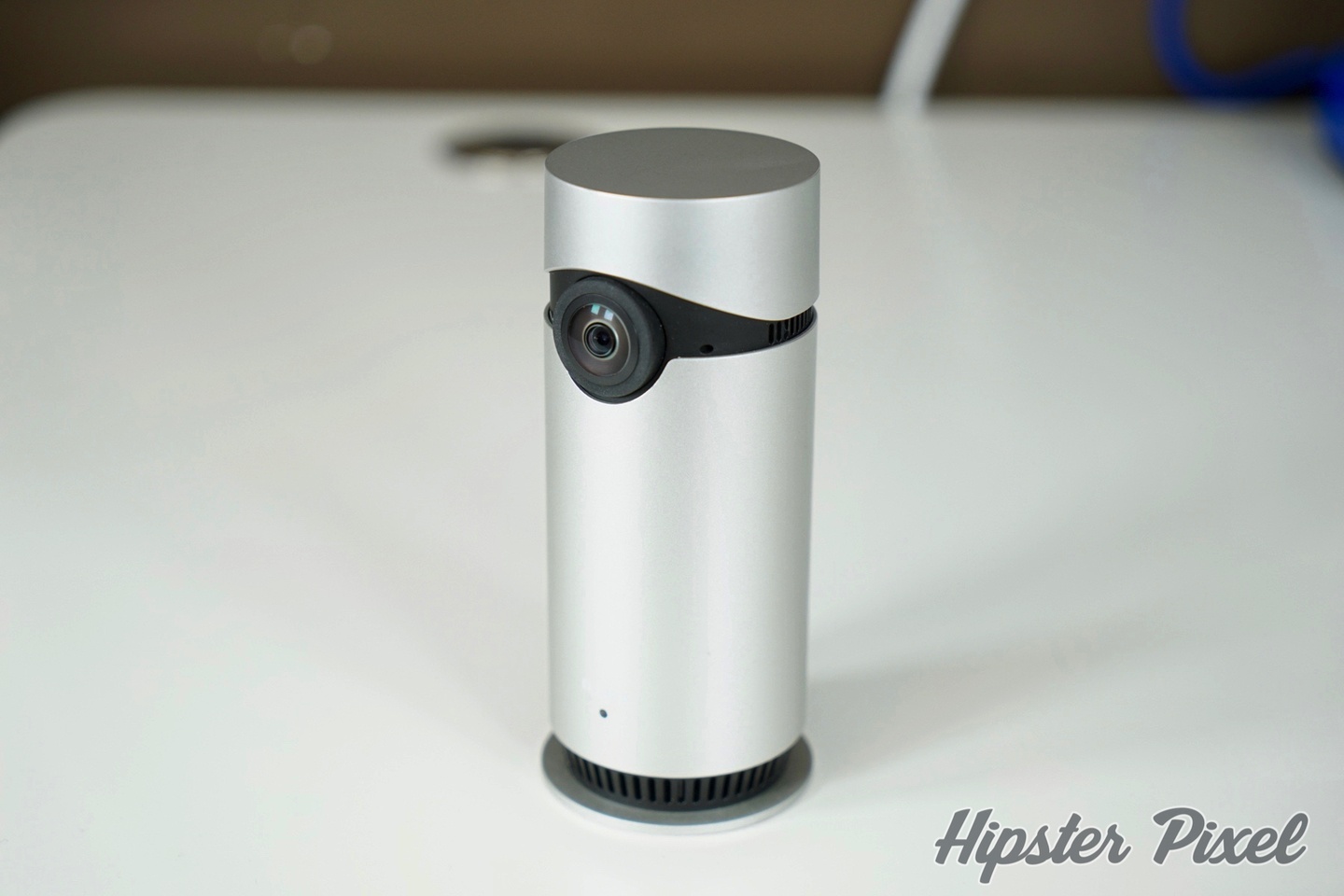 The number of security cameras that are HomeKit powered is not very large. One of the first cameras that were released, if not the first one with this feature, is the Omna 180 Cam HD by D-Link and we gave it a spin! It’s a security camera with HomeKit support as its main features that can alert you of movement as well as record locally the footage on a microSD card.

The design of the Omna 180 Cam HD, let’s just call it the Omna camera from now on, is very nice. You have a brushed-aluminum cylinder with a front-facing lense. It has air vents near its foot and a single microUSB cable connector to go with it. You install the microSD card on the underside of the camera. 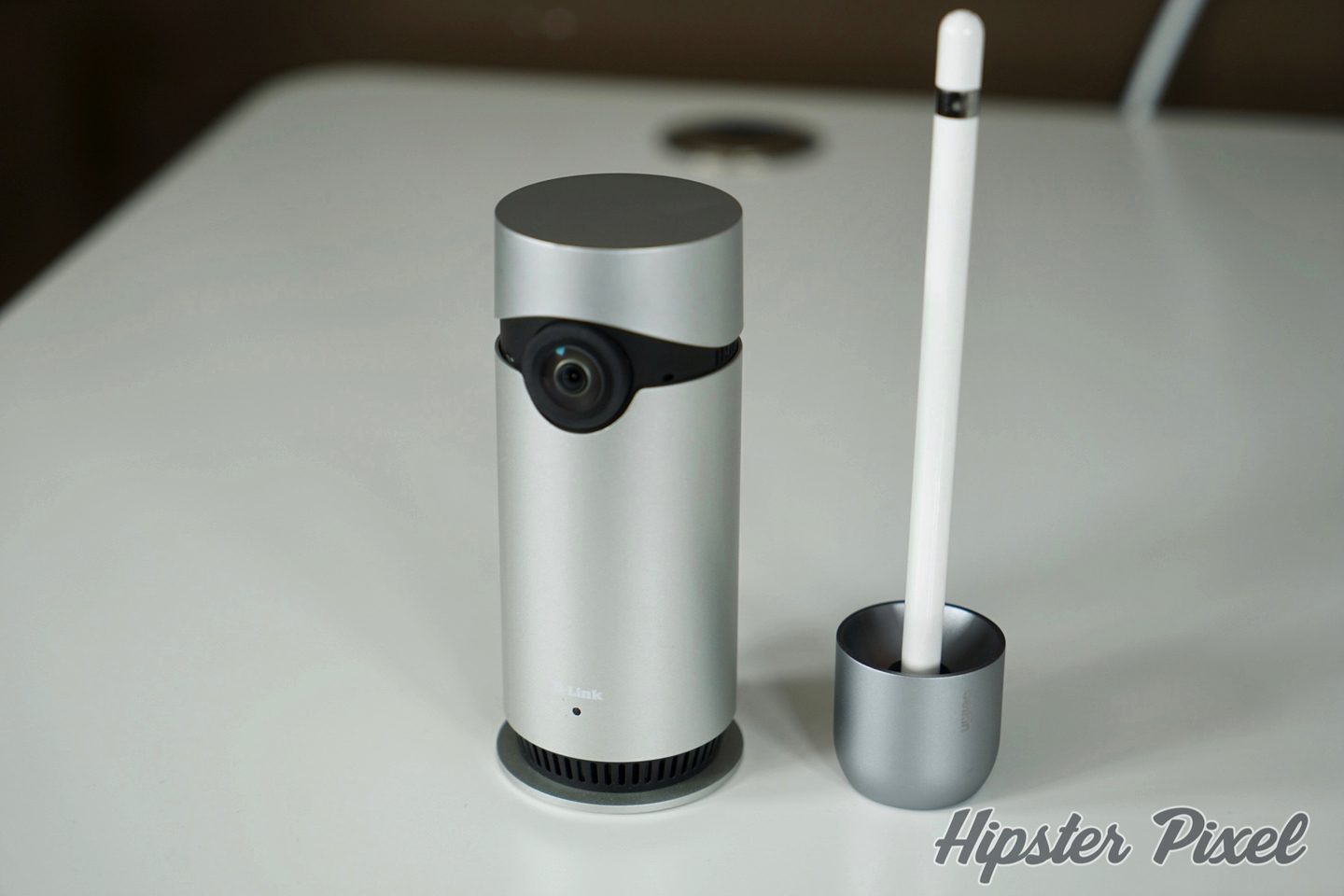 There’s not much to it, as there are no options, external accessories, light or anything else. It’s pretty much there by itself.

The first thing you need to do is setup the camera. Thankfully the HomeKit feature makes this ultra-simple. Just point your HomeKit app camera to the code label on the back and bingo. :) Just like an iTunes Gift Card of the past, you get the camera added to your Home in HomeKit.

When enabled, you can do motion recording to the not-included microSD card. This means that you get clips recorded automatically from a few seconds before movement to after the moment has stopped. The UI to view back the footage is awful though. I would strongly recommend to hook the memory card to your computer to navigate the folder structure and see your videos.

You can shout inside the app and have the speakers on the camera play what you are saying. You can have a conversation using this camera but there is some delay. Also, all of the functions I mention are only available inside the Omna app. The HomeKit app only allows to view live feed of the camera, no options, no settings. The single options you might fiddle with is the motion detection sensitivity and the delay between recordings (from 30s to 5 minutes). These will allow you to record meaningful footage.

One of the most important things with a security camera is the quality of its recording. I will show you a few examples of recording in different situations so you can see how good, or bad it is. The footage is untouched and simply uploaded online as is so you can see the exact files you will be able to retrieve from the camera microSD card.

Here are a couple of examples to show off what the Omna 180 Cam HD can do.

As you can see just from the feature list, the Omna 180 HD camera does the minimum but very well. The quality is not up to par with other 4K cameras and it does not have any smart features like going from 4K to HD and following a detected human but it does record what you point it to. It has a very large field of view and that’s a good thing. It’s HomeKit enabled so you can use Siri Shortcuts with it.

As for quality well, I’m very happy to be late to the review. Over the last few weeks D-Link pushed great updates including a quick arm/disarm features and an auto-update for the firmware. One of the worst bugs I saw was problems when I was trying to save my zones, it would go back and ignore my changes. I would need to do this 3 or 4 times for them to apply.

I initially wanted to lower the score of this camera because of all the software issues but now that they are resolved it’s much better!

The number of security cameras that are HomeKit powered is not very large. One of the first cameras that were released, if not the first one with this feature, is the Omna 180 Cam HD by D-Link and we gave it a spin!

The Good Stuff The Bad Stuff
The Ratings
Design
90%
Features
60%
Recording Quality
80%
Price
70%
Overall: 72%
Disclaimers: This product or service was provided by the company or partner for the purpose of this review.
For more information on how we score products, please read how we review products.
Double Density Reaches 100 Episodes and Co-Host Goes Missing
Apple TV 4K Dream Setup, Wire-Free with Great Sound